The Reasons It Can’t Catchup With Bitcoin and Ethereum

This Pattern Suggests Bitcoin Could Plummet to $12,000 Before Uptrend Continues

What Janet Yellen Means for Bitcoin and Markets

The Reasons It Can’t Catchup With Bitcoin and Ethereum

The driver of the crypto market known as uncertainty backed another popular altcoin’s growth. While the dollar index is falling drastically, global major commodities and fiat and cryptocurrencies traded against the US Dollar were able to close in green for the past week.

Bitcoin looks unstoppable and already tested $15 965, Ethereum $442, XRP added 3.36% to it’s value and is now traded at $0.25348. XRP is facing major difficulties in a wider adoption of the technology by banks, moreover PayPal didn’t integrate XRP into the latest cryptocurrency ecosystem, these factors halted XRP from surges similar to Bitcoin and Ethereum.

Although the price action, patterns and indicators on a daily chart signal a swift advance of the XRP/USD to $0.3000, there are some significant tasks it has to complete prior to the surge such as: breakout from the resistances and MA200.

On a 4-hour chart, the pair has reached previous dynamic support and is currently testing it as resistance and has touched the RSI oversold threshold, hence a correction here should be expected. The news which might back the correction is the latest phishing scam which was able to net more than 1,150,000 XRP from Ledger wallets, and scammers might decide to sell-off the stolen tokens asap. 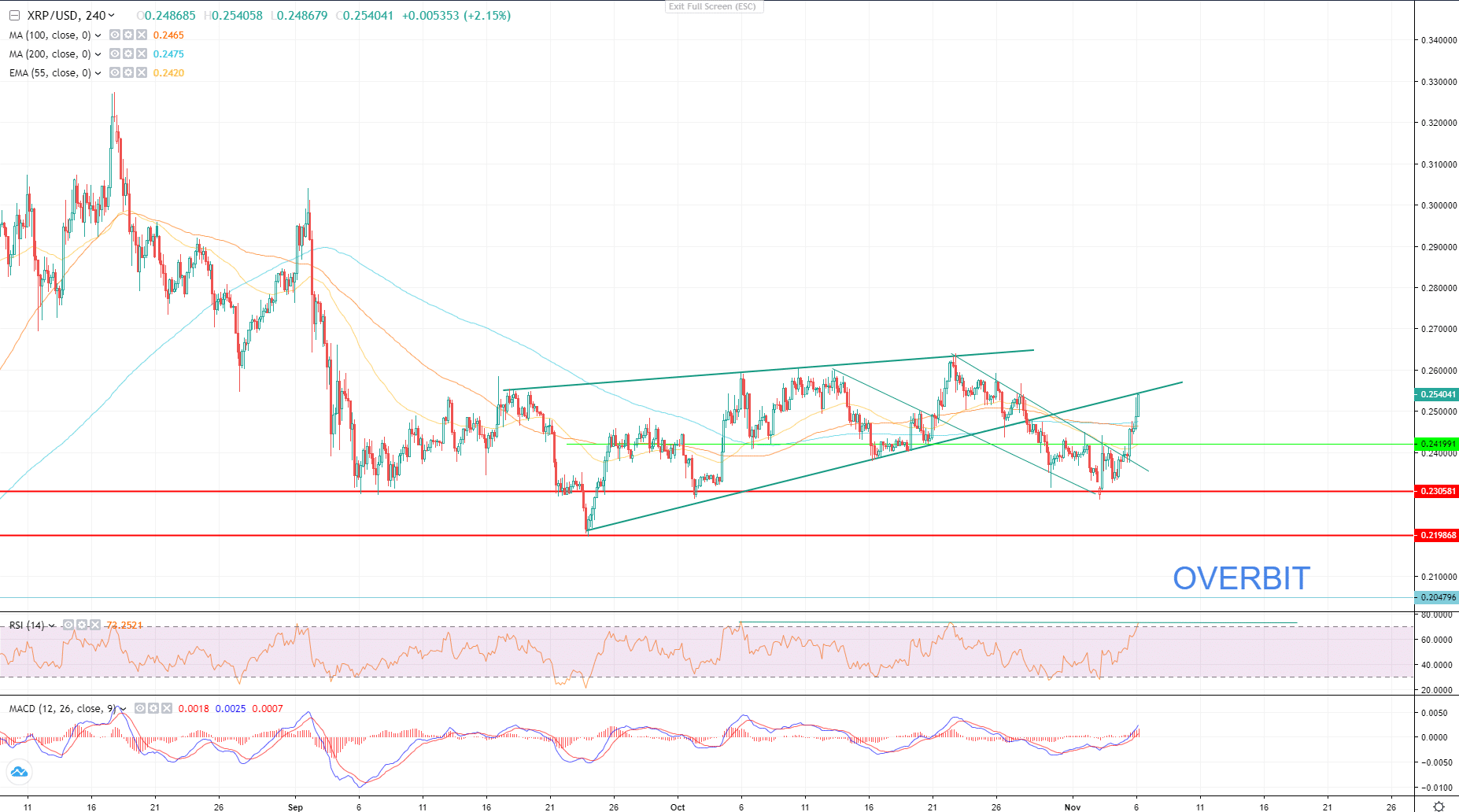 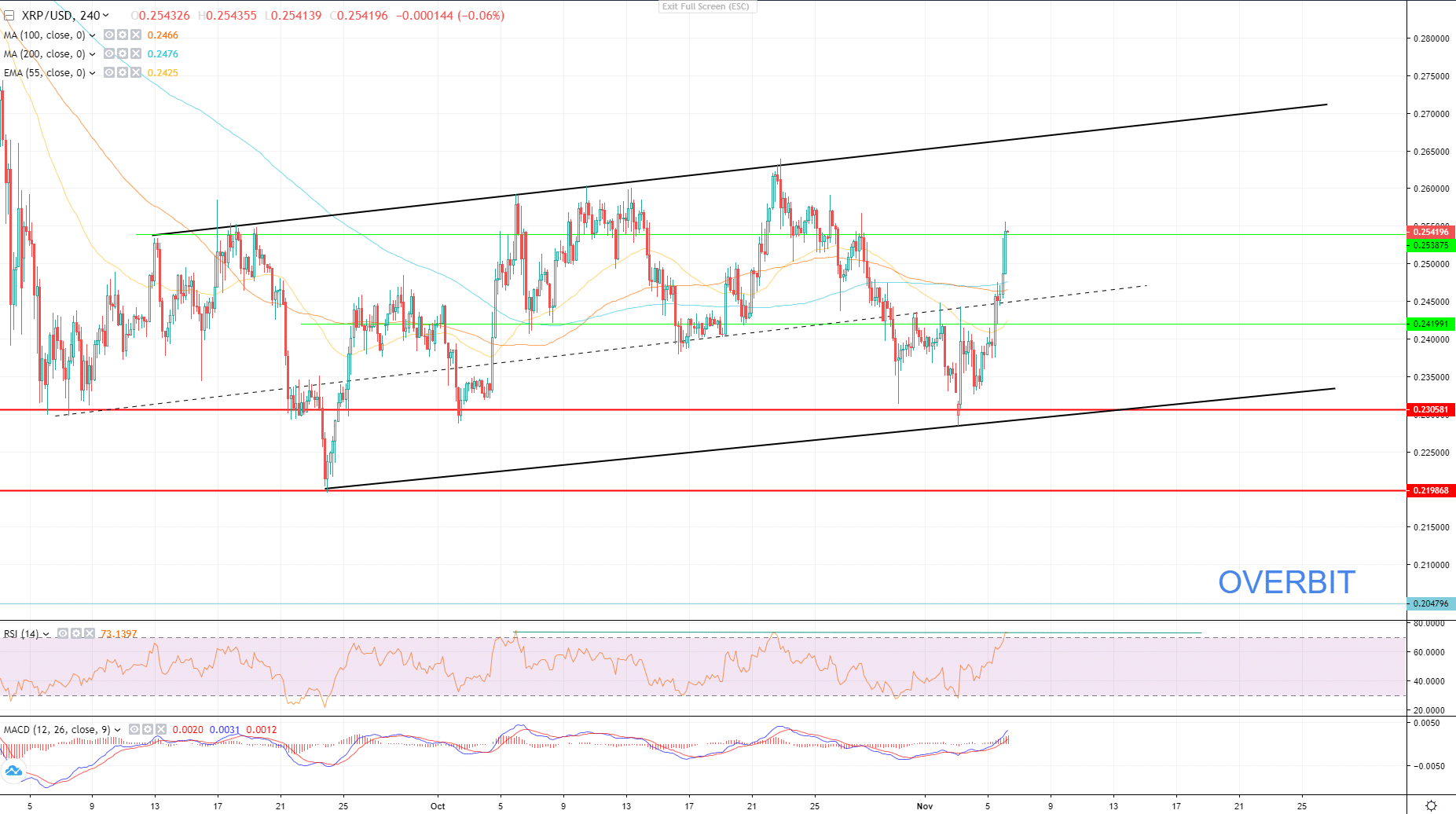 If the pair stays above the dynamic resistance (the midline of the ascending channel), it will proceed towards the testing of the upper edge of the channel at $0.26800.

Investor Raoul Pal notes that institutional purchases are storing Bitcoin in cold storage creating a supply squeeze. This will...

The official opening of the Christian Doppler Laboratory took place yesterday, with the Austrian Federal Minister for Digital &...

Chinese Authorities Seize Over $4.2B Worth of Digital Assets from PlusToken Ponzi Scheme

The PlusToken Ponzi scheme is reported to have begun back in May 2018 and advertised a non-existent crypto arbitrage...

According to the report, the yet to be launched Libra will have a single coin backed 1:1 by the...

Lior Yaffe, co-founder and core developer at Jelurida, confirmed that this is only the first step of his company’s...